I’ve become slightly interested in it. It’s so posey it’s unbelievable – I note that many people tweet from things called tweet decks, which is no doubt an app for an iFetish, whereas mine just says ‘via web’ and makes me feel rather Third World. It’s a brilliantly named site, you can’t say it’s not, just like the twitter of birds it’s both inane and beautiful. What vast waste of time, though, not sensible like blogging. 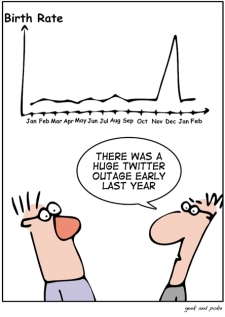 This entry was posted in From Working-Class Hero to Absolute Disgrace (A Memoir and tagged Twitter. Bookmark the permalink.